I was born in 1972. I am a 5th generation South African of Indian descent. From then till 1990, I lived in an all Indian neighborhood, with no prospects for jobs or tertiary education.

My home town is Pietermaritzburg, South Africa. It is a university town with a beautiful campus. ( https://en.wikipedia.org/wiki/Pi… )

It used to be a stronghold for the Afrikaans people, the capital city of Natal as it was called then, the place of government to issue their racist apartheid rules & apply punishments for not complying.

My first memory of hate is from when I was about 5 years old. My Mum took us to town to the public library. Sometime during that day we had to face a white lady (I don’t remember whether directly to deal with her on something or indirectly like seeing us in passing). The look of hate she gave me was overwhelming in its spite. She kept staring at me, a mere 5 year old child, with such hatefulness as if she wanted me to drop dead right there. I was a very quiet, well behaved child, who stayed at my mother’s side, not running around anywhere. So I had done nothing to trigger such hatred.

Even a job as an attendant/sales person in a clothing store was out of reach to me. The white owned and controlled clothing stores did not want to employ anyone who was not white for full-time or part-time work.

I worked part-time at an Indian-owned clothing store as a sales person every Saturday and occasionally on Sundays when they did stock-taking.

The money I earned on Saturday’s was exactly enough to pay for my transport by bus to university.

In 1990 in my final year at school, my teacher handed out university application forms (I think not believing himself that we would be accepted or even able to afford enrolling if accepted). FW De Klerk and Nelson Mandela had already been in talks about dismantling apartheid at that time.

I had scored high on the points system that the university implemented at that time. They required at least 35 points for consideration for engineering. The max anyone could score was 39 points. I scored 36 points.

They sent me an acceptance letter. When I pitched up on registration day to enroll, the Science department secretary attempted to turn me away saying that the letter was a mistake.

I asked to speak to the Dean of Science. He reviewed all my paperwork, my matric marks, etc. and he also tried to deter me. I said to him “but I have an acceptance letter here”. I also asked him “ok, can I do a BSc instead since that required 32 points minimum and I have 36 points”. After a long time, he said I can enroll for a BSc.

I think that their strategy was to send out acceptance letters to show Nelson Mandela that they were accepting black students at the university but were working on an assumption that the black students were too poor to follow through and if any such student actually pitched up to register, to deter the student in some way.

When I enrolled at university, the university establishment and also the senior students did not announce any orientation programme. Such orientation was for white students only.

We used to have 2 hour tutorial sessions for Math. The tutor (usually a grad student) would be at front of class and would answer questions and give guidance on how to solve math problems when a student came up to them.

I remember several occasions when I went up to a tutor to ask for help or a starting point on how to solve a problem. The tutor did not answer me or attempt to even ask me any questions to help me. He simply refused to help me without saying it outright.

I had a Zulu friend, Godfrey, who was doing some of the same courses as me – Computer Science and Maths. He always asked questions in lectures. The lecturers did not want to answer him. He used to keep his hand up for 15 minutes and the lecturers ignored him. He never gave up. Many (white) students used to laugh at him because he asked questions.

I admired Godfrey a lot.

Through all that hatefulness and attempts to stall our education, Godfrey always kept his cool and was super professional in the way he asked questions. He was always optimistic and upbeat. He was really interested in what he was learning and curious. He spent lots of time on his own trying to figure things out. He read all prescribed books and more. Basically, the ideal student.

He and I got through the challenges of studying in an “in transition” South Africa and we finished our BSc degrees. We ended up working together at one of the few “in transition to equal opportunity” employers in my hometown.

He died from Meningitis a few years after graduating. I cannot imagine the absolute loss that was to his family – the first graduate in his family, a really nice positive person who faced racism in his professional, courteous way. I wish he was still here – I think he would have gone on to be a great leader.

I majored in Computer Science and Statistics. My South African Statistics lecturers did a pretty good job of teaching me without openly hating me.

I did notice a significant difference though when a lecturer from London Imperial College taught us for one semester and another American lecturer taught us for another semester.

The difference was in their attitude to me, as if I was teachable and there was no question that I could learn.

I did fantastically well in those semesters.

My Dad cleaned out his life savings to pay for my first year of university. There were no bank loans for people like me, no scholarships, no bursaries, no financial aid from the university, nothing.

If any such financial assistance was advertised by companies or the university, it was lip service only. In practice, none of them wanted to help a Black disadvantaged student. I applied to every such advertised bursary and every single one of them turned me down. I had good matric results and a solid high school history.

I starved everyday while studying. We did not have enough food at home to pack lunch. I had no money to buy food on campus. I starved and studied. I studied seven days a week. My schedule in first year was get myself to campus on bus/taxi by 7:30am, 7:45am first lecture, lectures throughout the day, study in library during free periods, leave for home after last lecture, study at home till 1am or 2am. Weekends were for studying from 8am till 2am.

My whole family lived way under the poverty line.

My elder brother could not find a job after school. He had to work on a farm chasing pigs and catching them to put on the truck for the abattoir. He came home so tired everyday. He went to work everyday because there were no other opportunities for him.

For second year I had no means to pay for university fees and looked for jobs. One very kind white person employed me, in my field of study!!! I got a job as a junior programmer and my employer taught me more languages and empowered me to progress. He allowed me to complete my degree registered as a full-time student, going to lectures during the day, working at the office during my free lectures and working late into the night to cover up on hours lost to lectures during the day. Then off to home to more studying till 2am.

Third year of university was the same.

Summary
A little Black girl who lived through the same times as I did went through a million times much worse than I did.
Yes, gradations in discrimination was a tactic used by the government (divide and conquer).

People wonder why Black South Africans are angry at white South Africans. Wouldn’t you be angry to be treated so badly? As less than human? To have your hopes and dreams dashed at every turn? To have even your lower level aspirations of getting a part-time job dashed?

What I have seen from Black/Indian/Colored people is anger in reaction to the terrible way they have been treated.

What I have seen from the vast majority of white people in South African is hate, pure hate for no reason other than the color of my skin.

I do not harbor any negative feeling to white people. I faced the obstacles they put in my way and I triumphed.
99% of white South Africans that I came into contact with hated me and actively put obstacles in my path but one white South African went against the norm & gave me the opportunity to progress, to succeed.

It is a true reflection that one person can change the world. Changed my world anyway.

What was it like to live in South Africa during apartheid? 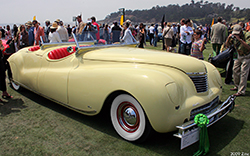 Read my other blog here: http://bejoygeorge.wordpress.com/

What was it like to live in South Africa during apartheid?

What is the most soul-satisfying thing you have ever done in your life?

Will airplane windows ever become more than just a small little circle?

Is North Korea actually a threat to the world? If so, why?

What goes on in an autistic person’s mind?

If someone gave you $20 because “you’re ugly,” would you take the money?

Do you believe all forms of autism are serious conditions?